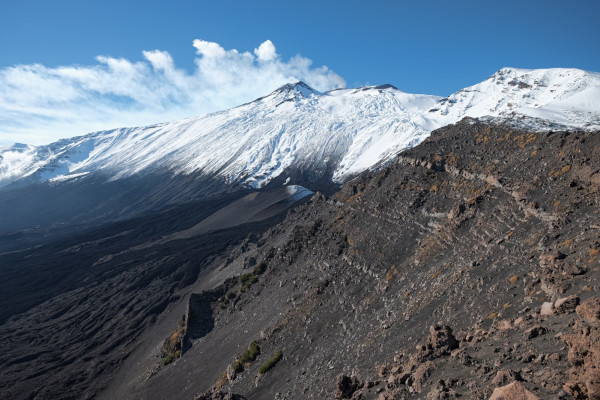 Full day tour on the north-east side of Etna, to discover one of the most exciting natural spectacles of mount Etna: the Valle del Bove.

You will find your guide in the parking in front of the station. 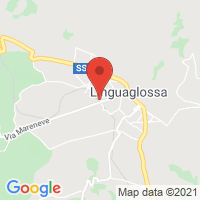 Full day tour on the north-east side of Etna, to discover one of the most exciting natural spectacles of mount Etna: the Valle del Bove. Walking through the clouds we go along a ring path between woods, lava flows, old craters and the suggestive Serracozzo cave. We will climb the crest of the valley up to an altitude over 2100 m, from which we will admire breathtaking landscapes.

Our excursion will start from one of the Etna chalet. In the first part of the trek we will face quite steep slopes and we will climb in an alternation of ups and downs on slabs of basalt rocks smoothed by the water during the melting season. We will reach the Serracozzo Cave, one of the most exciting and suggestive lava tunnel of Etna.

Exploration will be done in complete safety with torches and helmets provided by the guide. Going up to the surface we will go on to walk until to the edge of the Valle del Bove. An unexpected scenario will open up before our eyes: you can admire the summit craters and the Bove giant, a huge (35km²) and (1000 meters) deep caldera formed about 10,000 years ago after a massive collapse of the east side of the volcano.

The view from the north ridge is truly breathtaking and in conditions of good visibility the sight sweeps 360° over the eastern Sicily. After photos break, we will descend heading towards the huge crater of Monte Frumento delle Concazze. Although our excursion going to end, we will once again the opportunity to discover another fundamental aspect of Etna, maybe one of the most dangerous: the lateral eruptions.

From the base of the Sartorius Craters we climbing short to arrive at the top of one of 7 lateral craters formed during a catastrophic eruption in 1865. From the edge of the crater we will enjoy the last fantastic view over the Ionian Sea coast and Taormina, glimpsing in the distance the mainland (Calabria). We will complete our expedition descending from the craters and returning to the starting point.